KHPR 003: Dr. Michael Aquino, Founder of the Temple of Set 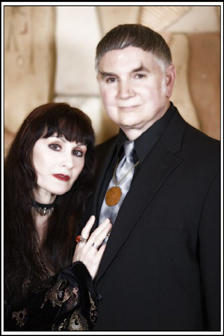 We speak about the word he received as a Magus—Xeper. What it means and how one applies it as wellas just what exactly Set is. This is a question I receive frequently when people see a reference to Set as a “literal being.”

Dr. Aquino gave a fascinationg interview, one that I would have to say bordered on being a lecture about what the Temple is because I felt it would be best to just sit back and let him talk. My commentary in response to what he had to say was minimal as I just wanted to let him go at it and give us what is locked up inside his brain.

Note to listeners: This would have been recorded better, but I noticed half way through that I had a mic failure and you’re actually hearing him from about three feet away from my mic, but I believe I managed to compensate for it over all in the end, or as they say “it was fixed in the mix.”

As always you can email us at radams@khprvod.org  or via skype at KHPRshow and follow us on Twitter @KHPRvod. You can also sign up to receive an email whenever a new show or post is put up. Just use the subscription form to the right which includes an opt-in ability so that no one can sign you up without your knowing about it.